It is often said that necessity is the mother of invention and this seems to be the unsaid mantra for Dr CN Manoj and Dr Priya Rao, the Managing Directors of Pelican Ventures.

Back to the Beginning

Classmates from their post- graduation, Dr C N Manoj and Dr Priya Rao hold MSc degrees in Applied Chemistry followed by 5-year PhDs focused on phytochemicals and their applications in nutraceuticals. While both of them united in matrimony in 1998, it was also at this juncture that they branched out into separate professions— Dr Manoj opted to begin to pursue their business while Dr Rao found a passion for teaching.

While nutraceuticals was their primary background, being advocates of healthy lifestyles themselves, they realised that they were being players in misguiding society. They are firm believers that the organic Indian diet is wholesome and is truly enough from a chemical level to keep a person free from disease, when coupled with good mental and physical health. Venturing out into biopolymers wasn’t part of their plan but they happened to stumble across it along the way and now, it is just one of the major aspects of what they do.

Their pilot venture Pelican Biotech was set up as a proprietorship in 2004, transforming to a Pvt Ltd company by 2008. At Pelican Biotech, right from its inception, the priority has always been to find solutions to existing problems.

The first project that they took up was related to a biopolymer obtained from prawn shells called chitin, abundantly available across Kerala’s coastal regions. They realised that it was creating a huge amount of effluent, so they began to brainstorm on how to tackle this efficiently. Cocopeat was identified as a good substrate to absorb this effluent to be used as an organic manure.

Over the course of this project and within the next three years, their small laboratory set in their backyard cattle shed became a DSIR-recognised (Department of Scientific and Industrial Research) laboratory by 2010, an initiative promoting commercial research labs. This could be attributed to the patent that they had already applied for from this setup using limited resources. The support thereafter resulted in Pelican Biotech gaining access to government funding. They began receiving projects from the Department of Biotechnology, the Department of Science & Technology, DSIR, Indian Council of Medical Research, DRDO and Kerala Government’s National Coir Research & Management Institute (NCRMI).

Chitin from prawn shells as well as coir pith, from the coir industry, were both considered to be wastes or by-products in their respective industries. The inventive couple decided to merge these two “waste products” and create something new for use in the agriculture industry. They bagged the National Innovation Award from the Department of Biotechnology, Government of India in 2012 for this marvel. This eventually gave rise to their initiative called ‘Wealth from Waste’ and the creation of carbon-neutral resources for an industrial scale.

A first- hand exposure to their extensive work got the scientists to ascertain just how many industrial effluents are released, leading to an inclination towards technology development for pollution management. Rather serendipitously, it was at this time that Pelican Biotech received an inoculum from a microbial consortium to convert Cocopeat into a soilless planting medium which got their commercial work forward. This allowed them to dedicate their time and energy to the social enterprise without having to face adverse losses and ensuring their survival.

They charted the Pelican Biotech evolution from a commercial organisation to a technical research organisation to eventually, a social enterprise. “It was a very difficult choice to make (to become a social enterprise). The possibility of making a lot of money versus doing something that is right,” Dr Manoj says, but it is a decision they firmly stood by, branching out into an NGO called Pelican Foundation.

Pelican Foundation was set up in 2008 to primarily address industrial waste management. However, a major realisation that both Dr Manoj and Dr Rao had was that the bigger waste polluter than industries with ten times the impact was actually the common man and the domestic wastes generated by them. This again led to a shift in their thinking and kickstarted their problem-solving mentalities to address this alarming issue of domestic waste management.

Starting from the basics, this NGO handles comprehensive waste management needs for apartments and residents’ associations with door-to-door collection of pre-segregated wastes, composting, separation of non-biodegradables for recycling and incineration of sanitary wastes. The first step of this process is always educating the common man and teaching them to make the switch and adopt sustainable practices which generate fewer wastes.

The Foundation was consulted in 2014 regarding waste management during the 2015 National Games, hosted in Kerala- a whopping 750 tonnes of waste was generated from thirty stadiums over 14 days. Unfortunately, the wastes were all single use disposables, and nothing could be done. However, this got the ball rolling for abolishing the use of single-use plastics, finally enforced in January last year. In the year 2018, Pelican Foundation got a National Level 3R Award from the National Productivity Council towards Mission Zero Waste.

Their plan is also to soon expand into another parallel within waste management with another branch of the company called Pelican Kenterra Pvt Ltd. They already have two patents that they intend to put to use- the first is an inoculum to convert biodegradable waste into a soil-less planting media and the second is related to biodegradable vertical gardening (metro median gardening).

They soon understood that social waste management was not something that could adhere to a traditional business model. Business was needed to sustain operations but raking in large volumes of profit would just not happen. Hence, an NGO model was decided upon. “Pelican Foundation is our ticket to heaven,” Dr Manoj says with a laugh!

Working with prawn shells was challenging owing to its rapidly putrefying nature. Processing needs to be done within a matter of four hours, before receiving the next batch, allowing for a limited duration to effectively manage the effluents. In an effort to gain control over this process to manage the waste better, on donning their thinking caps, Dr Rao and Dr Manoj decided that dehydrating the prawn shell was a good solution. This birthed the idea of a piece of equipment called MuMaH (Multiple Magnetron Heating System)- making it a spinoff of their research and efforts to tame prawn shells.

Pelican Thermogenics Pvt Ltd was set up in July 2019 mainly to assign the international patents to this company and function as a start-up. Led by Dr Rao, the intention was to develop a small model of MuMaH to break into the market. Raw materials for the first version of MuMaH were to be sourced from China but the COVID-19 pandemic halted their inflow. This forced a shift in focus to sourcing indigenous raw materials and accessories for MuMaH. This may have delayed the process to November 2020 but Dr Rao is proud to announce that the product is entirely ‘Made & Sourced in India’. Another distinction of MuMah from the existing microwave heating solutions available in the market today is their affordability, owing to their use of larger numbers of readily available low-capacity magnetrons instead of the high-capacity alternatives.

MuMaH has multi-industry relevance and can be used to dehydrate, manage and gain control over biodegradable wastes- no matter the sector. It can halt putrefaction, dehydrate and reduce the volume of the wastes, even allowing for easier transportation for processing. Primarily for use in food processing and waste management, the pandemic has also highlighted applications for MuMaH in sanitation and sterilisation of biohazardous materials. Apart from this, it can also be used in the ceramics, herbal and solvent extraction industries, to name a few.

What was devised to tackle an issue relevant to their industry’s pain points became an equipment generating a large-scale demand for handling wastes of up to 1 tonne from customers on a global platform. “We saw a massive opportunity. All we had to do was to get to the next level,” says Dr Priya Rao. Scaling up and acquiring funding to do so had to be penned into Pelican Thermogenics’ plan, pushing them to apply to open challenges and incubation programmes as a startup.

They participated and won in IIM-K LIVE 2020 La Eve Women Entrepreneurship Program as well as the Kerala Start-Up Innovation Drive 2020. Apart from these, they were also finalists in the FLCTD accelerator program 2020 (in association with Sangam- BEE-UNIDO). Pelican Thermogenics Pvt Ltd also placed as a finalist in the RABI PACE 2020 program conducted by Kerala Agricultural University and currently await results, to be announced in the second week of March. 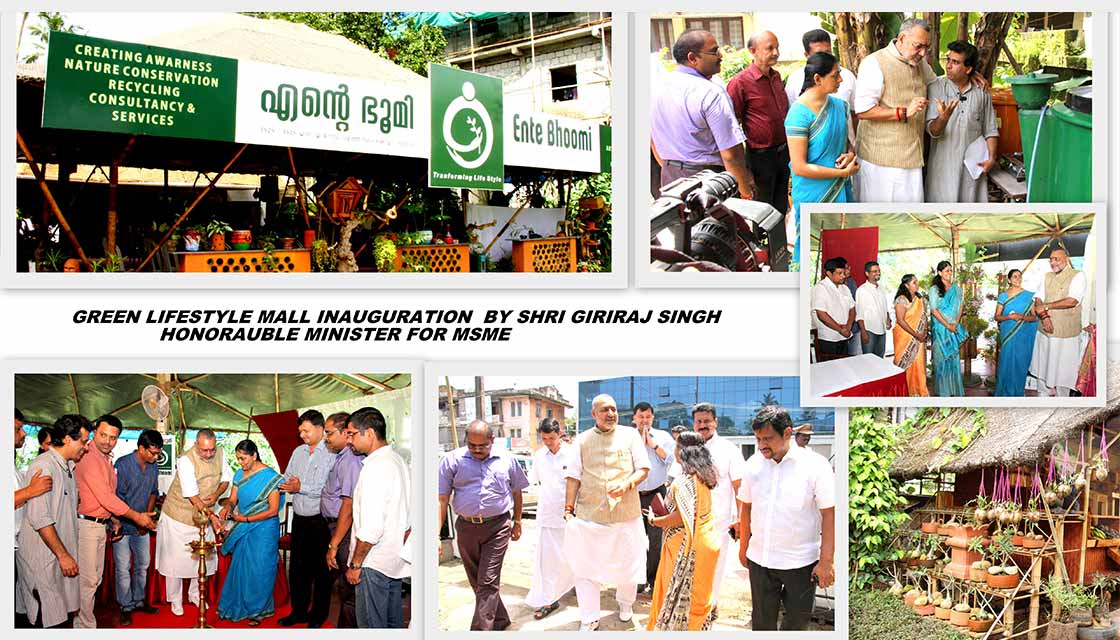 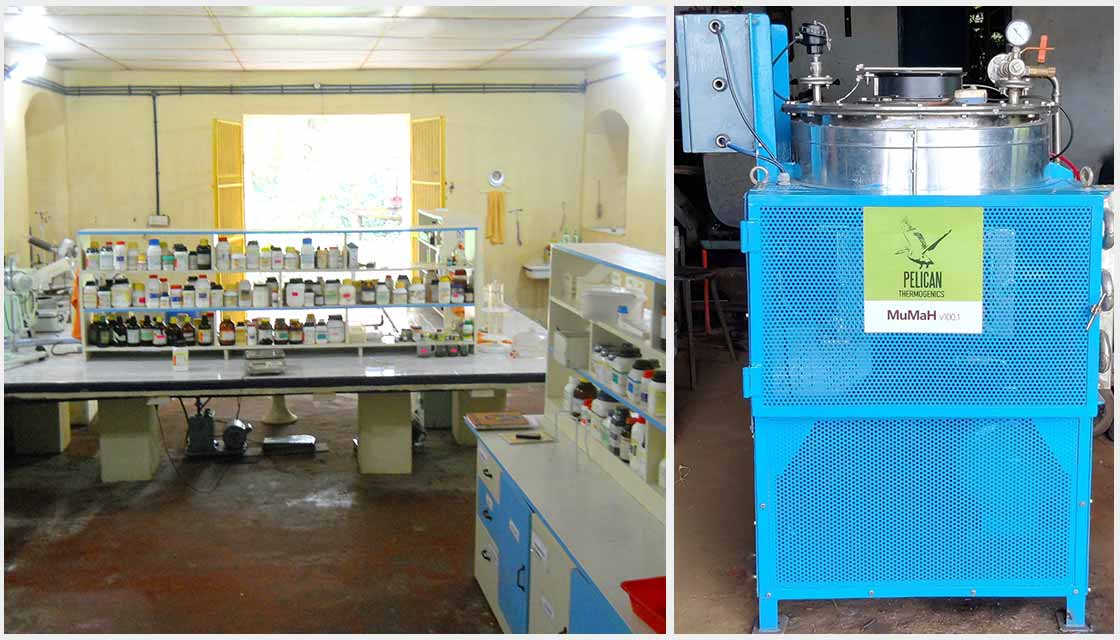 Dr Manoj and Dr Rao’s innovations begin their journey right from their household, with them even trying to make the shift to a completely zero-waste lifestyle. They are proud parents to their incredibly supportive socio-environmentally conscious daughter and family members too. They speak of how they have adopted their own developed inoculums and technologies to maintain their domestic wastes with their C2G (Compost to Garden) Kit for thriving home and kitchen gardens.

With the management of all the parallels of Pelican Ventures, the couple do sometimes reminisce the thrill of their R&D roots. However, they anticipate unbridled business potential and collaborations from all wings of their company, especially Pelican Thermogenics. “Our technology should reach society. For that, we need a bigger team and more participation. This is why we are spinning off more companies to garner more participation so more people can join and take our products forward,” Dr Manoj says.

It’s safe to say that no challenge is one too big for Dr Manoj and Dr Priya Rao- the scientific minds behind Pelican Ventures will always find a way to tackle an issue in the most sustainable and economical manner.